Firstly, I’ll briefly explain ‘Canned Wildlife’ – which is a triple entendre, stemming from my former surname (Canning), my passion for natural history, and my love for film-making.  Before digital-technological advancements, even documentaries were filmed on reels of tape (filmstrip), which were kept in canisters – so whatever the subject one filmed, essentially, was canned.  Thus, Canned Wildlife. 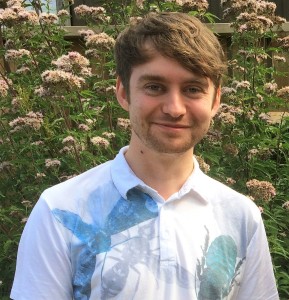 Growing up in semi-rural south Birmingham, bordering north Worcestershire and east Dudley, with a deep affinity for nature from a very early age, I like to promote the wildlife in and around the West Midlands – thus achieving a feature on BBC Midlands Today twice!

I have been fortunate to have filmed almost all over the U.K; Northern Ireland, Scotland, Wales, Devon, Cornwall, Dorset, Wirral, West & East Midlands region, Northumberland, East Yorkshire and the so called Home Counties.

May – July 2019 I was the Digital Marketing Apprentice at The Wildlife Trust for Birmingham and the Black Country.  Sharing my passion for the natural world, I co-presented The Wild Side on Cambridge TV, showcasing conservation and encouraging people to get out and see wildlife.

For approximately 12 years I have been documenting nature; with a series of videos on my YouTube channel.  Some of them, for over a year were featured by Reader’s Digest Magazine (2011-2012).  My videos often feature a conservation message and always encourages people to get out and see wildlife for themselves!

Over the years I have volunteered for different projects with the Bat Conservation Trust, the RSPB, Birmingham Wildlife Conservation Park, The Wildlife Trust, the Wildfowl and Wetland Trust and the National Trust, engaging visitors, other volunteers and staff, about the wildlife seen on site.

For two years I made videos at the BBC’s Gardeners’ World Live Show at the NEC, Birmingham – advocating wildlife gardening; interviewing the Editor-in-Chief of Gardeners’ World Magazine, two presenters from the show, and several show garden winners, all about the nature aspect of gardening, how important it is, and what they had done to encourage wildlife in their show gardens.

For those that are wondering, I have a Level 5 Higher National Diploma (HND) in Media (Moving Image) and a Conservation, Countryside & The Environment Level 3 Diploma.

2 thoughts on “About Adam”