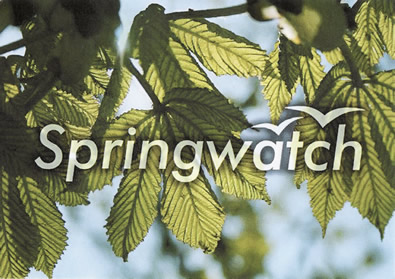 It’s a short one today.  I started work at 4pm and wanted to catch up on Springwatch during the day, so I decided that would be my task for Day 6.

I’m loving the natural-nest-site camera on the Barn Owls – it’s brilliant we can watch their goings on inside an old Oak Tree!  The Stickleback footage is amazing, such clear crisp stunning images of behaviour we wouldn’t normally know is going on beneath the surface!  I thought it was a real privilege that the BBC got to film the Beaver analysis and release, I personally like that we have them back in the UK and on a river called Otter! 😛

I also liked it when Michaela got to paddle around the reeds and witnessed the various Warblers and saw inside a Bearded Tit nest.  And there was that film featuring the talented cameraman with dyslexia, that was inspired to film Wildlife from the Ladybird books illustrator (apologies – I have forgot certain names, I may add them later).