I had a realisation recently, regarding the invertebrates I blogged about back in June… I’ll bee honest 😉  I didn’t think about what the Ruby-tailed Wasp may have been up to, but I was reminded in the September Issue of BBC Wildlife magazine – that they’re a kind of Cuckoo!  This jewel-like wasp, happened to be close to where the Mason Wasp was coming and going from!

I only have this poor photo of these amazing Apocrita: 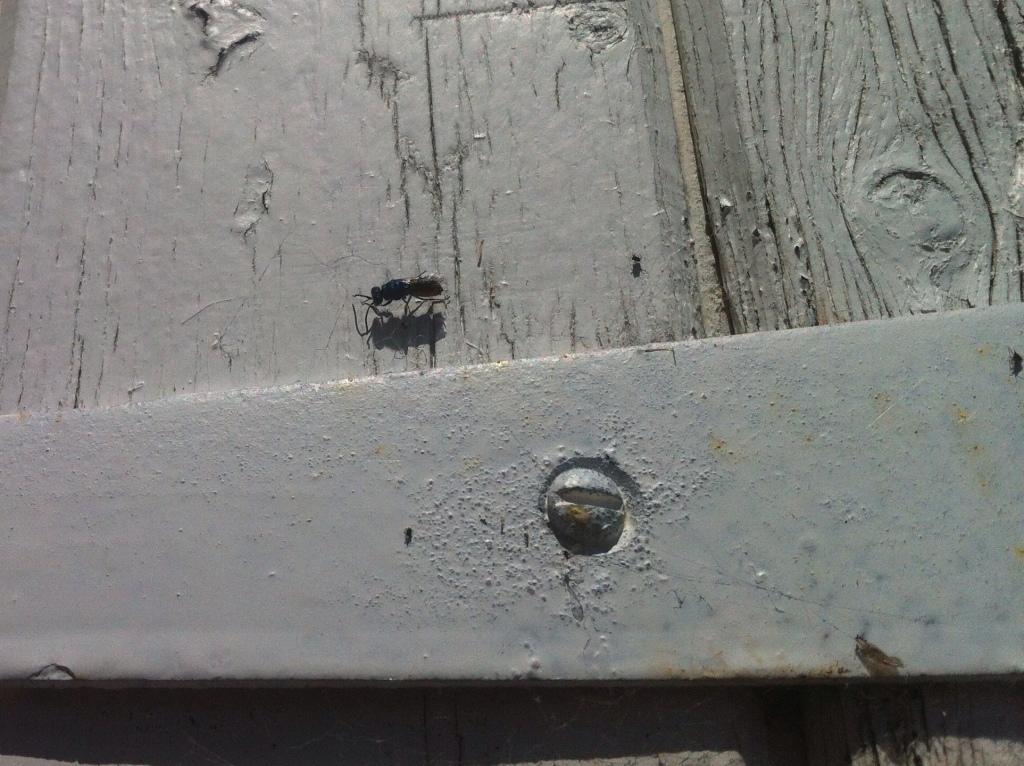 These weeny wasps (with metallic blue/turquoise tops and ruby red bottoms) lay their eggs in the nests of other Solitary Wasps, like the Mason Wasp!

When lava of the Ruby-tailed Wasp hatches, it eats the egg or grub of the host’s nest – which makes these sort of Wasps parasitoid (because they don’t live inside the host, they kill them instead).  September’s issue of BBC Wildlife also features “7 WAYS TO SAVE SOLITARY BEES”.